If you still confuse dont worry…just see this video

This release fixes a variety of bugs, such as the following:

Android Studio 3.0 includes support for the Kotlin language. You can incorporate Kotlin into your project by converting a Java file to Kotlin (click Code > Convert Java File to Kotlin File) or by creating a new Kotlin-enabled project using the New Project wizard. Learn more about Kotlin and Android.

Android Studio 3.0 introduces built-in support for Java 8 libraries and certain Java 8 language features. Jack is no longer required, and you should first disable Jack to use the improved Java 8 support built into the default toolchain.

You must check : Android Studio Shortcut key every developer should know

The new APK Debugger in Android Studio 3.0 allows you to profile and debug APKs without having to build them from an Android Studio project, as long as they are debug-gable.

You can click to view various files inside Android Studio and copy the files to your computer.

Android Studio 3.0 includes a new set of templates in the New Project and New Module wizards, so you can start developing for Internet of Things devices with Android Things.

The Layout Editor in Android Studio 3.0 contains a number of new feature enhancements, including the following:

The Layout Inspector in Android Studio 3.0 includes new enhancements to make it easier to debug issues with your app layouts, including grouping properties into common categories and new search functionality in both the View Tree and the Properties panels. To open the Layout Inspector, click Tools > Android > Layout Inspector.

The Android Support Library Maven dependencies are now available outside of the Android SDK Manager in a new Maven repository. In combination with the command line sdkmanager tool and Gradle, this new distribution method simplifies Maven dependency management for those using continuous integration systems. To use the new Maven repository, add the URL to the repositories block of your build.gradle file as follows:

How To Manage Technology in your Restaurant 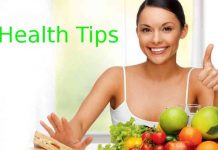 Simple Health Tips That Every Woman Must Know 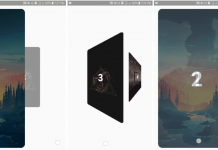 How to Create own ViewPager Transformations Animation? 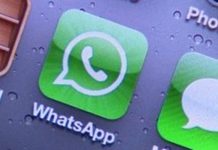 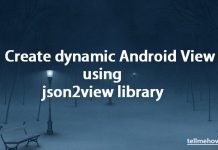