Today we’re going to discuss two greatest frameworks which are out in the current market trend. So in this particular post, We’re going to see the comparison between the Spring Boot and VertX.

There are some people who hate Spring Boot and some hate Vert.x. So let’s go deep and see why and what is the difference between the Spring Boot and Vert.x. Also, I’ll tell you my opinion about both these frameworks at the last of this post.

So let get started…

Comparison between Spring Boot and Vertx

So let go through the features of Spring Boot and Vertx from my perspective. There are a lot of reasons why Spring Boot is right now a leading framework in the industry and why Vert.x can be the next leading framework of future industry. I just put down the points what I had learned and what I had experienced. Okay So there is nothing from any specific website and every point just coming from my mind.

As you guys know, Spring boot is managed by Pivotal. So they owned the Spring Boot Open Source Community.

Vert.x is currently under the Eclipse Foundation and previously it was created by the developer inside the VMware and due to some confliction of interest, he left the firm and decided to move Vert.x into Eclipse Foundation.

Spring community is so much older than the Vert.x community but it does not still matter for any evolving framework. So for this point, the win-win situation for both the framework.

Spring Boot is specific for JVM languages like Java, Groovy, Kotlin, Scala and Android. So this framework is required JVM environment to compile and run.

There is a big advantage of Vert.x which is Polyglot. Vert.x is not developed for Java. It is created to resolve the problem faced by Node.JS. As you know, Node.js is a Javascript server framework which people using as a front-end server. Because it is much faster than the web server. But the disadvantage was it is single-threaded and you can have a single thread at a single instance of time which will process data at a time. So Vert.x come to the picture to resolve this single-threaded problem in reactive. And developer makes Vert.x in Javascript initially but then, later on, he extended in other JVM Languages and other languages also like python. You can use Vert.x with python language also.

Vert.x take an extra one point for their polyglot feature because you can write your Vert.x code in JVM language and other languages like javascript and python. But in the Spring boot, we can write code only in JVM languages.

Use Servlet Annotation with Spring MVC
Hello Java geekier, Today I am going to tell you...

And it is also going to bring all the dependencies inside. So if you literally use this framework then you’ve to download more than 30MB JAR libraries by default.

Vert.x is very raw and light-weighted because it is not a framework, it is a library that the reason for the size very small as compared to Spring Boot.

In term of dependencies and size of the framework, Vert.x take one more extra jump in this comparison because this framework has very little (in KB) size than Spring Boot.

As you guys know, everybody knows about the Spring framework in Java World. And Spring Boot is popular very recently. But Spring community is literally humungous. So there are so many peoples who can be advised about Spring and Spring Boot application. 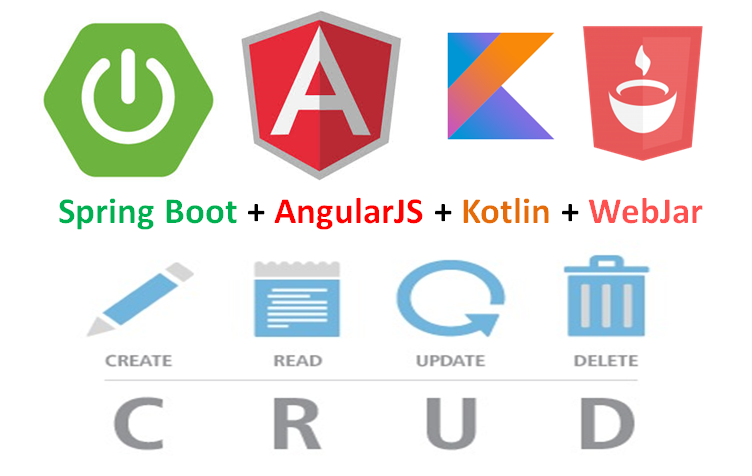 Major glitch or something you need to be careful with testing with asynchronous code because in the Vert.x, everything work in the asynchronous programming. So you’ve event-based programming in Vert.x and everything happens in the event. If you want to do something, you rise event. And there would be some other instance called verticle that will be listening to the event and it will be processed. So when you want to communicate with different layers or different processing instances then you’ll be done by event-based programming. So when you’re going to test asynchronous code might be sometimes tedious. Because you’ve different components and you don’t know how it would be testing as a whole.

Spring has a very big supportive community than Vert.x and most of the developer knows about that popular framework which makes your work much more easily.

As we know, Spring Boot is a framework and not reactive in by default nature. So you’ll be doing the traditional programming and there is no any event-driven programming.

Vert.x is evolving and people started working on it only a few years ago. But it evolving because of event-driven nature it provides and it has reactive nature which provides the concept of event-bus as an event scheduler and it can communicate it internally.

Vert.x again take a lead due to their reactive nature. As we all know that future would be on reactive programming and that time this framework will grow much faster and give you more opportunity as your career point of view.

Vert.x has a simple concurrency model and you don’t have worry about thread synchronization and much better than Spring boot. So everything is in the multithread application and run independently because everything taking care by in term of event base model.

Concurrency and Multithreading application is the need for future application and Vert.x handle that problem intelligently and for this reason, Vert.x take one more lead with comparing with Spring boot.

Add FloatingView Animation in Android
In previous article, we focused on Shadow image with Material...

Spring Boot is not modular. If we’ve any component which can be reused, you cannot be published separately or We cannot use as a module.

The final thing is the module system. So Vert.x has a modular system and you can create a module. These modules can be reused anywhere in the Vert.x application and these can be pushed to the Public Module Repo inside the Vert.x community.

Modularity is the most used feature for any programming language. But unfortunately, Spring Boot not give this feature and Vert.x is. So it take one more point for this.

These are the major comparison between the Spring Boot and Vert.x. As you can see both of them can do everything which you want. But the thing is when to use Spring Boot and when to use Vert.x? Okay if you’re going to create reactive based programming then Vert.x would be a better option for you. And if you want to use Vert.x inside the Spring Boot application then you can also do it easily. According to the above comparison, Vert.x is the winner but it is not a competition and its like comparing apple with the oranges. So Vert.x is not a replacement of Spring Boot. What you think let us know your thoughts in the comment section.