Every year, more than two million burglary cases are happening in the United States. That equates to about 6000 burglary cases a day, 240 per hour, and four in one minute. These astounding numbers are enough to remind every citizen about the dangers of leaving the house doors open.

This idea is now encouraging many US citizens to invest in home security systems. Though it is somehow expensive for some homeowners, nothing is more important than performing safety measures now that crime rates are gradually increasing.

In addition to burglary crime rates, one of the reasons why it is continually progressing is due to the homeowners’ simple mistakes despite installing security systems at home. If you are going to invest in home security systems, make sure to avoid mistakes to avoid wasting investment.

1Leaving Mails, Newspaper and Packages Outside

Leaving newspapers or letters to pile up in front of your door is an immediate hint for intruders that house owners have not been around in their houses for a while. If you will be staying out, you can ask your friends or neighbors whom you trust to swing by and collect the packages or accumulate the mails, or you may suspend them.

Hiding keys under a doormat or placing them in the plant pots are very old traditional ways to fool burglars. Many people, especially the old ones, are still doing this, though. If you, your parents or grandparents are still doing this, upgrade your security now. Choose companies are offering keyless door locks, for instance, ADT systems.

Seamlessly Improve Home Storage
Your home may be clean, and it may be decorated,...

3Switching Off Alarms When at Home

According to a survey conducted by the US Department of Justice, about 28% of the total number of burglary incidents in the country happens when someone is at home. To specific, 7% of the said cases involve situations wherein burglars are keeping homeowners as captives while doing the crime.

In addition, burglary is most likely to happen in broad daylight, considering that most adults and children are out at work and school respectively. That is why do not leave your alarms off. Keep it on even when you are at home all hours.

Homeowners often keep valuables in a closet, dresser, nightstand or under a floorboard located in their bedrooms. This room became a plain sight for crooks as it became a tradition to keep essential things in the bedroom (you can even see it in TV shows, movies and also in games). Many intruders look into master bedrooms first before roaming around the house.

Consider placing fake jewelry into a decoy safe in your bedroom, while setting the real valuables in another container elsewhere or better off store them in a strong lockbox.

Also, if you have just bought new gadgets like a new model of Xbox or latest smart television, do not be boastful and let the entire neighborhood to know about it through leaving empty boxes outside your house. Otherwise, you will be attracting burglars. Flatten and dispose of the empty boxes properly.

Many homeowners want to save money from security systems by not purchasing essential other devices and post an alarm sign of their security system’s company outside their homes, believing it would ward off intruders.

Alarms are deterrents against burglary. However, due to the trend of installing home security systems, many burglars are now learning how to deal with them rather than avoiding them. Hence, placing your alarm provider’s name at your home is providing them enough information they need to bypass your system. If you want to fool or scare crooks, better off placing a generic alarm sign that does not identify your home security provider’s name.

You are not the only one who is on the Internet. Burglars use social media and are technology savvy, too. Updating your account about your cool vacation plans or posting the installation of your expensive security system are both ways to inform burglar unintentionally.

Rather than unwittingly tell crooks when your house will be unoccupied, boast about your amazing holiday when you are back! Besides, similar to placing your alarm provider’s name at your home, do not post your home security system online. Again, it is one way to inform burglars on how to deal with your security.

Now that home security system has been more and more in demand, burglars are becoming more intelligent as well. Most of them are carefully observing your house patterns. So when you are away from home, leaving your house lights on, parking your car in the driveway, or turning on your radio or television are now ineffective safety measures.

Tyler Pack is a real estate consultant and journalist, with a passion for smart homes technology like Security Systems, VPN, ADT Systems, Bluetooth Trackers and etc. He is keen on writing about home and property security, and cybersecurity.

All About Online Emulators

How to hack a cell phone 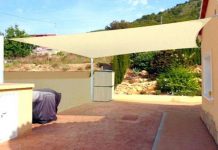 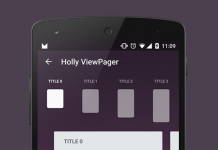 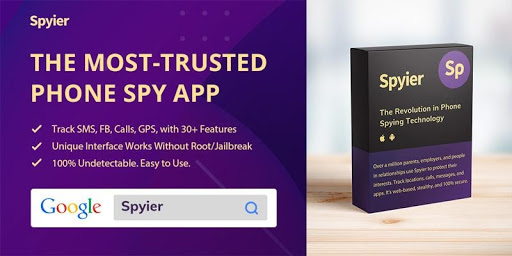 How to Hack My Girlfriend’s Instagram without Her Knowing