This article highlights ten tools and frameworks that feature on the ‘hot list’ for artificial intelligence. A short description along with features and links is given for each tool or framework.

Let’s go on an exciting journey, discovering exactly why the following tools and frameworks are ranked so high. TensorFlow is an open source software library that was originally developed by researchers and engineers working on the Google Brain Team. TensorFlow is used for numerical computation with data flow graphs. Nodes in the graph represent mathematical operations, while the graph edges represent the multidimensional data arrays (tensors) communicating between them. The flexible architecture allows you to deploy computation to one or more
CPUs or GPUs in a desktop, server or mobile device, with a single API. TensorFlow provides multiple APIs. The lowest level API—TensorFlow Core—provides you with complete programming control.

The higher-level APIs are built on top of TensorFlow Core and are typically easier to learn and use than TensorFlow Core. In addition, the higher-level APIs make repetitive tasks easier and more consistent between different users. A high-level API like tf.estimator helps you manage data sets, estimators, training and inference. The central unit of data in TensorFlow is the tensor, which consists of a set of primitive values shaped into an array of any number of dimensions. A tensor’s rank is its number of dimensions.

A few Google applications using TensorFlow are listed below.

The latest version (1.0.0) of SystemML supports Java 8+, Scala 2.11+, Python 2.7/3.5+, Hadoop 2.6+ and Spark 2.1+. It can be run on top of Apache Spark, where it automatically scales your data, line by line, determining whether your code should be run on the driver or an Apache Spark cluster. Future SystemML developments include additional deep learning with GPU capabilities, such as importing and running neural network architectures and pre-trained models for training.
Java Machine Learning Connector (JMLC) for SystemML
The Java Machine Learning Connector (JMLC) API is a programmatic interface for interacting with SystemML in an embedded fashion. The primary purpose of JMLC is that of a scoring API, whereby your scoring function is expressed using SystemML’s DML (Declarative Machine Learning) language. In addition to scoring, embedded SystemML can be used for tasks such as unsupervised learning (like clustering) in the context of a larger application running on a single machine.
Useful links

3. Caffe: A deep learning framework made with expression, speed and modularity in mind

Caffe: A deep learning framework made with expression, speed and modularity in mind The Caffe project was initiated by Yangqing Jia during the course of his Ph.D at UC Berkeley, and later developed further by Berkeley AI Research (BAIR) and community contributors. It mostly focuses on convolutional networks for computer vision applications. Caffe is a solid, popular choice for computer visionrelated tasks, and you can download many successful models made by Caffe users from the Caffe Model Zoo (link below) for out-of-the-box use.

1) Expressive architecture encourages application and innovation. Models and optimisation are defined by configuration without hard coding. Users can switch between CPU and GPU by setting a single flag to train on a GPU machine, and then deploy to commodity clusters or mobile devices.
2) Extensible code fosters active development. In Caffe’s first year, it was forked by over 1,000 developers and had many significant changes contributed back.
3) Speed makes Caffe perfect for research experiments and industry deployment. Caffe can process over 60 million images per day with a single NVIDIA K40 GPU.
4) Community: Caffe already powers academic research projects, startup prototypes, and even large-scale industrial applications in vision, speech and multimedia.

Its features include the following:

OpenNN (Open Neural Networks Library) was formerly known as Flood and is based on the Ph.D thesis of R. Lopez, called ‘Neural Networks for Variational Problems in Engineering’, at the Technical University of Catalonia, 2008.

OpenNN implements data mining methods as a bundle of functions. These can be embedded in other software tools using an application programming interface (API) for the interaction between the software tool and the predictive analytics tasks. The main advantage of OpenNN is its high performance. It is developed in C++ for better memory management and higher processing speed. It implements CPU parallelisation by means of OpenMP and GPU acceleration with CUDA.
The package comes with unit testing, many examples and extensive documentation. It provides an effective framework for the research and development of neural networks algorithms and applications. Neural Designer is a professional predictive analytics tool that uses OpenNN, which means that the neural engine of Neural Designer has been built using OpenNN. OpenNN has been designed to learn from both data sets and mathematical models.
Data sets

6. Torch: An open source machine learning library, a scientific computing framework, and a script language based on the Lua programming language Torch provides a wide range of algorithms for deep machine learning. It uses the scripting language LuaJIT, and an underlying C/CUDA implementation.

The core package of Torch is torch. It provides a flexible N-dimensional array or tensor, which supports basic routines for indexing, slicing, transposing, type-casting, resizing, sharing storage and cloning. The nn package is used for building neural networks.

Embeddable, with ports to iOS and Android back-ends

Torch is used by the Facebook AI Research Group, IBM, Yandex and the Idiap Research Institute. It has been extended for use on Android and iOS. It has been used to build hardware implementations for data flows like those found in neural networks. Facebook has released a set of extension modules as open source software. PyTorch is an open source machine learning library for Python, used for applications such as natural language processing. It is primarily developed by Facebook’s artificial intelligence research group, and Uber’s Pyro software for probabilistic programming has been built upon it. 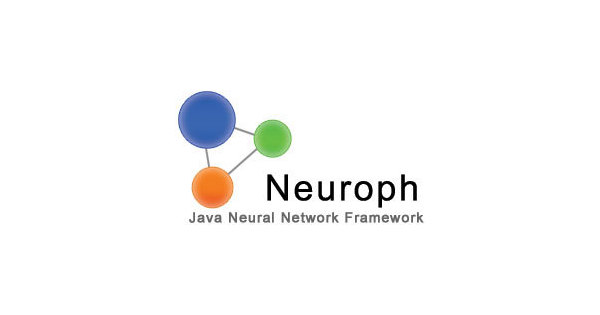 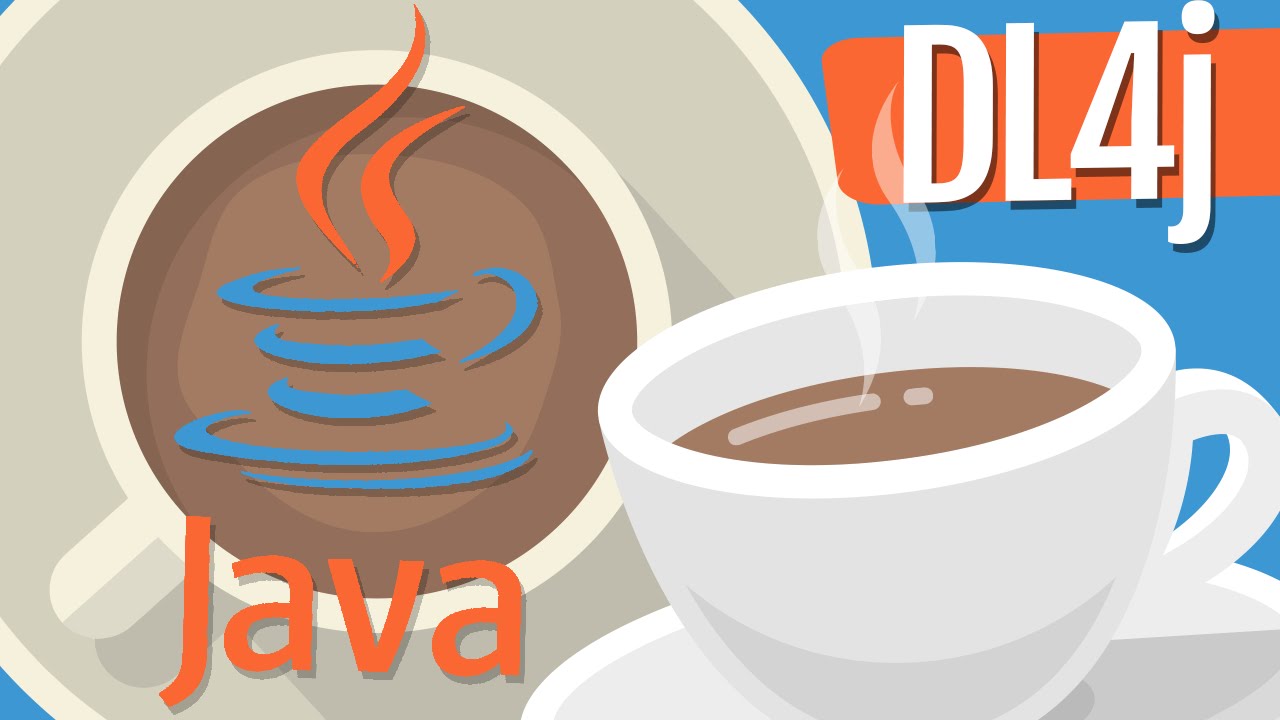 Deeplearning4j (DL4J) is integrated with Hadoop and Spark. DL4J is designed to be used in business environments on distributed GPUs and CPUs. Skymind is its commercial support arm, bundling Deeplearning4j and other libraries such as TensorFlow and Keras in the Skymind Intelligence Layer (SKIL, Community Edition), which is a deep learning environment that gives developers an easy, fast way to train and deploy AI models. SKIL acts as a bridge between Python data science environments and the JVM.

9. Mycroft: One of the world’s first open source assistants, ideal for anything from a science project to an enterprise software application Mycroft runs anywhere – on a desktop computer, inside an automobile, or on a Raspberry Pi. This is open source software which can be freely remixed, extended and improved. Mycroft may be used in anything from a science project to an enterprise software application.
Useful links

10. OpenCog: A project that aims to build an open source artificial intelligence framework 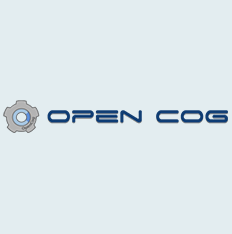 OpenCog is a diverse assemblage of cognitive algorithms, each embodying their own innovations. But what makes the overall architecture powerful is its careful adherence to the principle of cognitive synergy. OpenCog was originally based on the 2008 release of the source code of the proprietary Novamente Cognition Engine (NCE) of Novamente LLC. The original NCE code is discussed in the PLN book (reference given below). Ongoing development of OpenCog is supported by the Artificial General Intelligence Research Institute (AGIRI), the Google Summer of Code project, and others.

OpenCog Prime is the architecture for robot and virtual embodied cognition, which defines a set of interacting components designed to give rise to human-equivalent artificial general intelligence (AGI) as an emergent phenomenon of the whole system. OpenCog Prime’s design is primarily the work of Ben Goertzel, while the OpenCog framework is intended as a generic framework for broad-based AGI research.

OpenCog consists of the following: