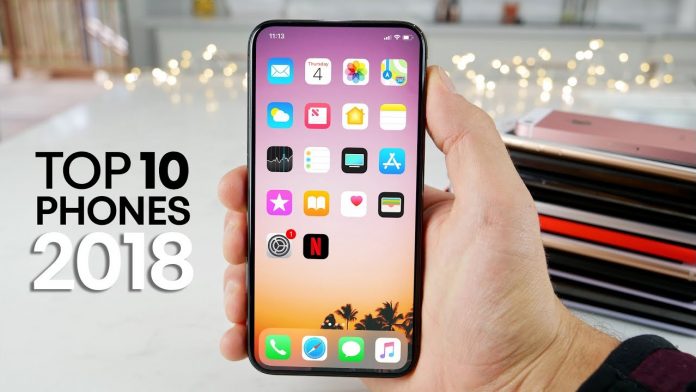 Are you an Android fan and want to replace your previous smartphone? There are many options available, and each one looks like it’s better than the rest. So many options can often make you feel dizzy. To help you with your decision, the IPS USA team of mobile application developers has come up with top 10 Android phones in 2018. The list contains models that were either launched in 2018 or 2017 but are still popular.

While the list is sorted by the most preferred one being on the top, the phones on the bottom do not lag much behind. Furthermore, there can be a specific area where each phone could be considered the best. The competition is neck and neck when it comes to Android phones, and it precisely comes right down to individual preference. Without further ado, here is the list:

1Samsung Galaxy S9 and S9 Plus

Galaxy S is the flagship series of the largest selling Android phone brand, Samsung. The Galaxy S9 and S9 Plus come with 5.8” and 6.2” HD+ Super AMOLED displays and a sleek 8.5 mm stylish body design. Both phones offer many great features to adore. They contain a 64-bit Octa-core Processor and the RAM capacity in the S9 model is 4GB, while the S9 Plus vaunts of a 6GB RAM, making it one of the fastest phones at the moment. Both devices come with 64 GB internal memory with the option of adding up to 400 GB of extra storage via MicroSD slot. The devices have wireless charging capability, and IP68 dust and water resistance technology. The operating system that comes with the factory setting is Android 8.0 (Oreo).

The best feature of the Plus model, in our opinion, is its use of not one but two 12 MP back cameras, a wide-angle camera and extra telephoto camera. However, both models contain an 8MP front Selfie camera and a 12 MP wide-angle back camera (S9 only comes with one camera at the back). With so many features and functionalities, Galaxy S9 and S9 Plus surely deserve the number one position in our list.

The name gives it away for the Pixel series of the Google. It is a phone designed to satisfy the needs of those users who want HD quality photos and videos on a smartphone. Google has upped its game with the new Pixel 2 and Pixel 2 XL with an exceptional 12.2 MP rear camera and an 8 MP front camera. The 5 and 6 inch, edge-to-edge OLED displays of the two versions look exciting. The models are the same apart from the display size, battery, and weight. Both come with a Qualcomm Snapdragon 835 processor, 4GB Ram, and 64/128 GB internal storage. Both phones have an IP67 water-resistance capability and come by-default with the Android 8.0 Oreo and will receive OS upgrades for three years. The Pixel 2 and XL are among the few select models that have been provided Android P beta preview by Google. The only two drawbacks, in our opinion, are no headphone jack and no wireless charging on either phone.

Also among the models having the beta preview of Android P OS, OnePlus 6 is another phone with amazing specifications and is often used by tech geeks. The phone may very well be the fastest Android phone yet, with a Snapdragon 845 chipset, an Octo-core CPU, Adreno 360 GPU, and 6GB/8GB RAM. The phones come with an internal storage of 128GB/256GB. However, there is no external card slot available on the phone. Another feature lacking in the phone is that the phone is not water resistant.

However, the core advantage of the phone is its use of dual rear end cameras (16 MP + 20 MP), with dual LED flash. Despite its high specs and benchmark scores, OnePlus 6 is priced much lower as compared to other prominent phones that other brands offer with similar features. This makes one ignore some of the drawbacks of the phone and that is why it made to the top 3 in the list.

Released in 2017 Moto Z2 is a real force in smartphone devices. The unique selling proposition of the model is it’s nearly impossible to break display screen. The model features a 5.5 inches P-OLED capacitive touchscreen that is shatter-proof. Motorola used a Qualcomm Snapdragon 835 chipset and an Octa-core CPU, boosting gameplay further by the Adreno 540 GPU. The phone comes with a 4GB or 6GB RAM and a 64GB/128GB ROM that is extendable through external storage of up to 512 GB. The drawbacks include the use of Android 7.1 OS with a pending Oreo release, slow camera, and no water-resistance.

LG has mixed some of the most popular features from the previous year’s G6 and V3 with the latest trend among smartphone developers. The phone features a dual camera setup at the back (16 MP + 16 MP), with a super bright camera mode, giving it excellent picture quality in dark settings. The model features a Snapdragon 845 Chipset with 4GB/6GB RAM, wireless charging, and IP68 and MIL-STD810G compliance. IPS LCD capacitive touchscreen gives the phone one of the brightest display screens available.

The core advantage that G7 holds over some of its competitors is its brilliant sound quality. ThinQ uses a DTS: X virtual 3D sound and Hi-Fi Quad DAC, supporting up to 7.1 channels speakers. The issues that are nagging its users are unreliable finger scanner and the not so good battery life.

After years of threatening but not hurting top competitors, Huawei has finally come up with a phone that deserves a place in the top ten rankings. This high-end flagship phone from Huawei includes a massive battery of 4000 mAH that easily lasts around two days. The P20 Pro phone gives you not one, not two, but three rear-facing cameras (40 MP + 20 MP + 8 MP). The phone also has a massive 24 MP front camera for amazing selfies. It uses a Hisilicon Kirin 970 chipset and a 6GB RAM. The phone has a beautiful design and is IP67 dust and water resistant.

What might hold many users back is its erratic EMUI skin over Android 8.1, no headphone jack and no external card slot. Plus, it is an expensive investment to make, which can make the purchasing a decision a bit difficult to reach.

Those who like big screens and would still want to call it a phone, their only real option is the Galaxy Note 8 by Samsung. It comes with a big 6.3 inches screen size and uses a super AMOLED capacitive touchscreen. Furthermore, it features the so-professional looking Stylus Pen, which is one of its core attractions. The App Paring feature allows you to open two apps simultaneously in multi-panel screen and use the drag and drop functionality. Note 8 uses either ExynosOcta or a Snapdragon 835 depending on the market, with 6GB RAM and up to 256GB internal storage.

The Note 8 contains almost all the features of S9 and S9 Plus except the fact that it doesn’t yet have the Android 8.0. It comes with Android 7.1 (Nougat). Another issue, which is the main reasons why this so far down the list, is that Note 8 is way too expensive for average smartphone users. Battery-life is also not very impressive.

Sony had been struggling with its earlier Xperia models, however, by moving the fingerprint scanner to the back and enhancing the rear camera quality, Xperia XZ2 has made it to the top 10 list.

The XZ2 features the Snapdragon 845 chipset with 4GB/6GB RAM and 64 GB internal storage. It comes with Android 8.0 and will get a beta preview of the newest Android P. The phone is IP68 water and dust resistant and has got wireless charging functionality. Its 19 MP rear-end camera has a 960 FPS super slow motion and HDR recording capability at 4K resolution. It has an interesting dynamic vibration system with varying degrees of complexity. However, the front-end camera is only 5 MP, does not have a 3.5mm jack, and the bezel is so 2017.

Encouraged by the relative success of its U11+ model, HTC just recently launched its successor U12+. The phone comes with Qualcomm Snapdragon 845 chipset, an Adreno 630 GPU and a 6 GB RAM. The 6 inches Super LCD6 capacitive touchscreen gives an excellent display. Its 3500 mAh battery gives about 24 hours of talk-time. The phone also has IP68 water and dust resistance and dual LTE SIM functionalities.

The U12+ also has got two cameras at the back (12 MP + 16 MP) and two cameras at the front (both 8 MP). Thus U12+ can produce among the finest photos and videos possible yet. On the other hand, the volume buttons seem to be out of place, and the touch screen is not good enough.

Enough with the expensive high-end models! What if you cannot afford any of the above? Well, we have just the right recommendation for those under a budget constraint. The Nokia 2 phone gives you a two-day battery life with its 4100 mAh Battery. It comes with a Snapdragon 212 quad-core processor and has an Android version that is “Pure, Secure, & Up-to-Date.” What this means is that there are no unnecessary extra features and the company will provide monthly updates for the system. There is an 8 MP camera at the back and 5 MP front unit. The RAM is only one GB and comes with only 8 GB internal memory. However, an external SD card up to 128 GB can extend the storage. Lastly, it comes with a good old FM radio receiver! Not at all bad for an under-a-hundred-dollar phone!

This is article is based on a short survey of over 100 Web and app development services providers more than 200 other tech savvy computer experts. Leave a comment below about what you found useful, or what you agree/disagree with.