China’s company Protruly has launched two such phones that support 360 degree VR camera. This means that the camera of this phone can capture photo and video from 360 degree angle. This feature was first seen in a smartphone. They have been named Darling D7 and Darling D8.

There are 4 diamonds in this phone. Along with rear camera module golden strip and leather padding has been done. Both devices come with metal body. The features of both the phones are almost the same. The price of Protruly Darling D7 is Rs 48,000 and Darling D8 is worth 85,000 rupees. This phone is available in the same market in China. There is no information about their availability in other countries. 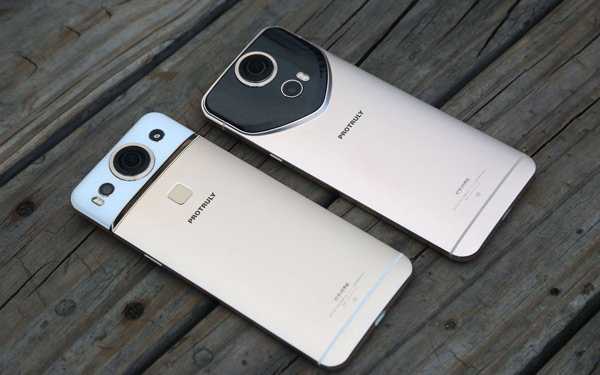 Like on any of them to know the price.

Read this : World fastest phone know the specification can blow your thoughts

The phone has two sensors with regular rear and front camera, which capture 360 degree video and photos. 13MP sensors combine together to 26MP and do 360 degree 4k video recording.