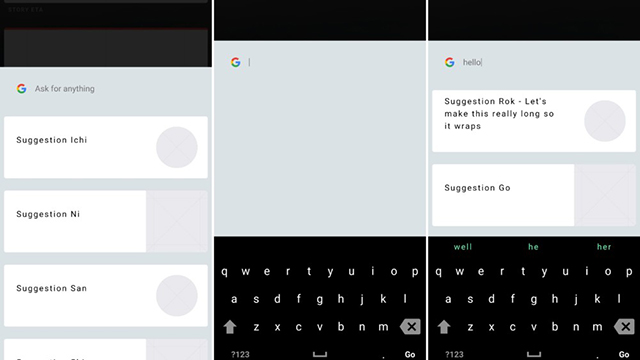 Google’s engaged on a replacement mobile operating system called Fuchsia, and whereas we do not know much about how they shall use it, we’re currently getting a glimpse at what the main interface can seem like.

First, let’s bring up what we do know about Fuchsia. it is a mobile OS, and it uses Google’s own Flutter SDK for its apps and UI. and in contrast to android or Chrome OS, Fuchsia uses a microkernel rather than the complete Linux kernel. Microkernels are maybe the future of mobile operating systems, as they need the potential to bring quicker performance and better battery life. Considering what we all know, it isn’t a lot of of a leap to think that Google would possibly envision Fuchsia as a replacement for android and/or Chrome OS at some point down the line. however this can be clearly not confirmed, and really, nobody outside of Mountain view knows what Google plans to try and do with Fuchsia.

In the meanwhile, though, Kyle Bradshaw at Hotfix outlined a technique for propulsion the main UI files from Google’s Fuchsia Github page and building them into an APK that may be installed on most android devices. He even took things a step further and put the APK up for download, which implies that if you want to get a glimpse of what Google’s been doing with Fuchsia, you merely need to install a simple app.

To try this out, confirm “Unkown Sources” is enabled, then tap the following link to download the “Armadillo” APK, that is Fuchsia’s main UI bundled into a package that works on android. From there, tap the download complete notification, then simply press “Install” once prompted.

Next, simply open the armadillo app to check exactly what Fuchsia’s main UI is looking like at this point in its development process. there is a Google Now-style card-based interface that scrolls vertically, with many empty placeholder cards that you simply will tap. you’ll also swipe up from rock bottom of this list view to access what looks like a Google Assistant interface, and everything features a nice Material design animation once you interact with elements.

Do keep in mind that armadillo is simply the SystemUI portion of Fuchsia, an operating system that is very much in the early stages of development. The interface can possibly modification within the near future since Google hasn’t made any official announcements relating to Fuchsia, which means nothing’s concrete. however it’s nice to see that Fuchsia has a fully new take on mobile interfaces — at least, it’s completely different from android.

What does one guys think? will Fuchsia’s interface show promise? can Google ever announce plans to terminate android in favour of Fuchsia, or is this simply a Moonshot-like experiment? let us know what you think that in the comment section below!