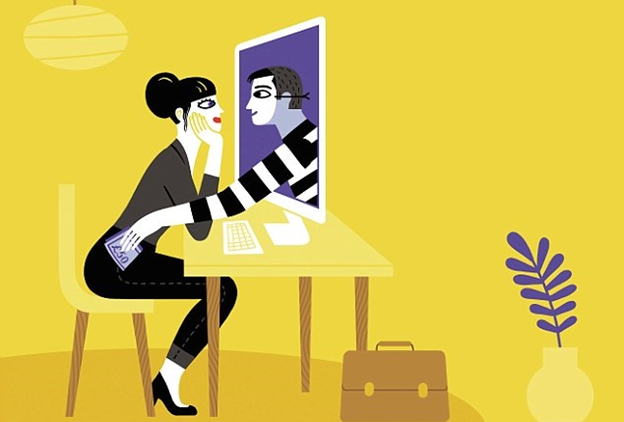 Fraudsters are looking for victims on various dating sites. Most often, these victims end up being single women from 30 to 40, with a child on their hands. The scheme is that before communication, fraudsters study information about a potential victim in social networks, namely: kinship, their circle of friends, whether they have a child or not, education, hobbies, and so on.

After studying this information, the fraudsters proceed to the next stage of their plan – online communication: correspondence, forums, Skype, mobile messengers, etc. Often, by using various anonymizers, fraudsters hide information about their real whereabouts and impersonate foreigners: Englishmen, Italians, citizens of the UAE, and other countries that would attract a woman, but they are, in fact, located on the other side of the world, in a poor country. A fraudster studies their victim and their weaknesses, then proceeds to direct telephone communication.

1. As an example, we will take a woman A and a scammer B. A got registered on a dating site where she met a person. As a result of their communication, she starts texting B. The latter asks the woman to come to England to him for the subsequent creation of a family, but he needs her to transfer several thousand euros to his account in advance to pay for the visa. Furthermore, the fraudster sends a letter with the information that it is necessary for the embassy to confirm that the future wife has at least 20 thousand euros on her bank account. Having received the answer that the woman does not have such a sum of money, the fraudster does not stop and informs that if A wants to resolve the issue of obtaining a visa, she must the transfer money to his bank account, and he will do the rest.

Honesty In Dating – The Balance Between Truth Telling And OverSharing
TMI! It’s become part of our spoken and written language....

In addition, a gullible woman sends copies of her documents necessary for obtaining a visa (passport of a citizen, passport, identification code, diploma, photographs). After that, the scammer says that it is necessary for her to wait for three weeks until the visa issue is being resolved. It should be noted that throughout this time, the attacker and the victim constantly communicate and discuss the details of their life abroad and make plans for the future. However, when these 3 weeks pass, B informs A that he is going on a business trip to Spain, and he will not get in touch with her for some time. After that, A gets a message from an unknown number with the information that her “fiancé” got into an accident, and he is in the hospital, needing an urgent operation, and this requires a significant amount of money, and given that he has no close relatives, except for the future “wife,” she is the only one who could pay for the operation. After further correspondence, she informs him that she doubts the veracity of his intentions, and she will ask for the return of all the funds that she has previously transferred. In response to this, she receives threats on the use of physical violence against her if she turns to law enforcement agencies, and copies of documents that the victim sent to apply for a visa will be posted on the Internet for fraudsters to use.
If you want a reliable and safe online dating experience, then be sure to check out this Ukrainian dating website. Don’t miss out on this opportunity.

2. In addition, there is another scheme that fraudsters use, it is quite similar to the previous one, but the victims are men, mostly foreigners. For example, a citizen of Turkey, after a brief conversation in Skype with a girl from another country, invites her to visit him. However, a girl does not have a passport for travel abroad, and she needs to buy a ticket to travel to Turkey, for which she also needs some money. Thus, a foreigner sends $500 to his girlfriend, but after that, she disappears, she just vanishes with $500 in her pocket.

How Online Pharmacies are Shaping the Future of The Health Industry
From clinical services to prescription services and even personal care...

3. Also, one of the types of fraudulent activities on dating websites is done via communication by using Skype. Young people (on average between the ages of 17 and 25) meet each other online, begin to communicate, and agree to demonstrate or expose certain parts of their bodies to each other. But what comes next is that a fraudster starts blackmailing a victim, telling them that they will spread all of the pictures and videos to the friends and relatives of a victim.

Fast and Free to Get Real YouTube Subscribers & Views