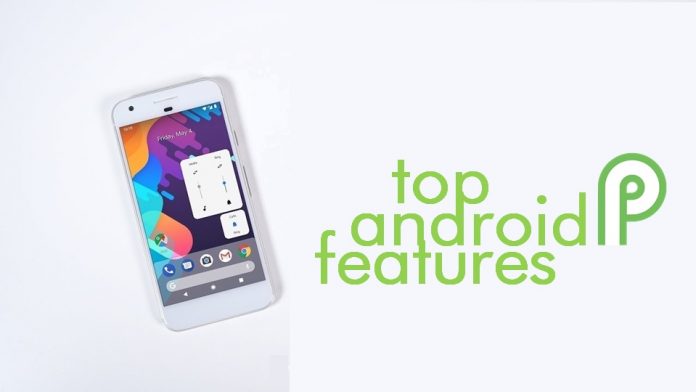 Do you know about Google’s new mobile operating system Android P? After all what is this Android P? What new features have Google added to Google? Can you install this OS in your new Android phone? If you have all these questions in your mind then do not be scared, because I am going to give you complete information related to Android P to the people, so that you will not need to go anywhere else.

Google has recently given a lot of golden guns to all Android lovers in this new year, yes yes, these are nothing new but they have a new mobile operating system that they called the Android P. Although P has not been nominated yet, there is great curiosity among people about its new features. And I think it will be in you too.

Do you know : Android Oreo Vs iOS 11 : Comparison you should know about this

Google has already released the preview of its new Android P, but it has been heard that it has been designed only by keeping developers in mind but it has all the new features that are available to you in the forthcoming Operating System Are the viewers. But here is the point of note that you can use it in a few more android phones. So today I thought why you would be providing full information about what is this new Mobile Operating System Android P in the hope that you like my efforts, then without delay, let’s start and run Android Well know the context of P.

What is android P?

Recently, when Google released the preview of Android P, the worldwide Android fans were curious about the features of this new Operation System. If we talk about Android P, then this is Google’s new mobile operating system. Like other operating systems, Android can install new operating systems in their Android phones. In this, Google has incorporated many new features that will help users to use Andorid phones in a better way.

At the moment Google has only released the preview version which has been done keeping in mind only the developers. Therefore, it may be a little difficult to use common users. But it has all the features that we will be seeing in the upcoming Android P operating system. So far, Android P has not been nominated.

You must know : Problems with Android Oreo – 6 Things you need to know

What are the new Android P features?

Google has made many new features available in its new mobile operating system, Android P, which users can use in the coming time. So lets know again what the new features of Android P are.

Google has given importance to indoor positioning in its new update. Now just like Google Maps, you can also know the turn-by-turn direction within the home or mall in a better way. For this, Android P has taken the help of WiFi Round-Trip-Time (RTT). With the help of 802.11mc of RTT apps, apps can know how far they are from the WiFi access point. They will provide all these information to developers, so that you can get more accurate location in the indoors. This feature was not available in previous android phones but you can also take advantage of these features in the future.

Google has not explicitly told this thing, but the preview images are giving the impression that Google has made a lot of changes in designing its new operating system. Where some major changes such as showing the time in the left side of the screen, being more symmetrical of notches and the settings menu being more colorful. With all these changes, Android P will look bubbly in even more whole. There may be some more changes to this.

3. A little improvement in Notifications

Google has also made significant changes in its Notification settings so that the user can easily make use of it. In the new update, image attachments and stickers are placed in the notification, where only the first name of the person sent only was visible. With this new update, now at-a-glance messaging has improved greatly. With this, they give the option to developer so that they can add features such as quick replies like you have seen in Google Allo and Google Reply app. It is still unclear how much control developers will get in these answers. It’s been heard that Google can integrate the Smart Reply system into your notification feature.

A lot of security and privacy settings have been brought into Android P. What is the biggest security feature is that now the new restriction system has been included, when an app becomes idle for sensors, cameras, and microphones All these systems stop reporting automatically when the app becomes idle, and another app that requires all these information does not get anything from these sources. Google has recommended that they will no longer provide background access to any language since these features will not work anymore.

What is Android Oreo and what’s new features in it
Google has enabled encryption for backups, they will also be provided a client-side secret and per-network randomization of MAC addresses, but these features will be applied in the full version of Android P. With this, now a better fingerprint access system will be included in individual apps.

Multi camera facilities are already available in many Android phones where the cameras are both front or back. But there are very few phones where you can use your cameras simultaneously. In this new update, Google is adding a new API, so developers can explore this facility more and use multiple cameras together.

By doing so, they can use many effects such as depth-sensing magic, apple-style live portrait mode, overlay two images, etc. Which were not available in earlier standard phones. With this, Google is now going to add support for apps, so that the features of image stabilization and display-based flash can be found in the primary camera of your phone.

Now many manufacturers are shortening the bezels, from which front-facing sensors are leaving the noch on the display of your phone, so Android P is supporting such cutout in the display where the UI can be built with the help of API That is what can be done all around such a notch. This means that now these full-screen apps where the buttons will be placed in the side so it will actively avoid such notch areas display, which is very great for everyone.

Therefore, a lot of notch styles have been added to the Android P simulator to help developers, with the help of which they can test it well without having to phone.

Now Android Runtime (ART) in this new operating system is too fast compared to its pre-OS. As new OSs come in their way, their ART is being improved in such a way that apps make apps better and faster. With this Google says that it will use less memory and it will also have a faster startup time.

Now Android P native will support HDR VP9 Profile 2 codec, from which they will deliver deliverable HDR video from YouTube, Play Movies, etc. With this, it supports High Efficiency Image Format (HEIF), which is a modern JPEG alternative, which is already being used in iOS. As we know that JPEG has been around for almost 20 years, this new image format will work better than that, where it can store double quantity information in the same size file. Which will be a better alternative as it does not change image quality.

It’s been heard that Google Android P is going to refine more of Doze, App Standby, and Background Limits in this new update, so that the battery life is getting better automatically.

We know that Google automatically backs up our Android phone data in our servers, and if ever our data is wiped out then it can be restored again. But no lock facility was available before the users side but in this new update, users can now further protect it with the help of “client-side secret”. Users’ data will also be encrypted even more securely by this new facility.

When is Android 9.0 or Android P coming?

The review of Android P is currently being released, but Android 9.0 may be released by Google I / O event 2018, which is due in mid-May this year, between 16-18 May 2018. Many public betas will also be released in the same interval and we can see final consumer release only in August 2018.

Android P: What’s the name given to it?

According to the report, it can be named P with Pistachio Ice Cream. There are so many names like Parfait, Pecan Pie or Popsicle, Pancake, Panna Cotta, Pavlova, Peanut Brittle, Peanut Butter, Peda, Peppermint, Pie, Pineapple, Pumpkin Pie, Popover, Pop-Tart, Praline, Pandoro or Poached Pear etc. The truth is that it is not known to anyone till now what is the name given to it, but it is confirmed that it will be a sweet thing.

According to Google, the first developer preview can only be installed in Pixel phones. This means that they will not support anymore in Nexus 5X and 6P, or in Pixel C Tablet. It is now worth seeing how long it will be available in our markets.

I have full hope that what are you guys like Andorid P? Given full information about and hope you guys have come to understand about Andorid P. I am convinced of all the readers that you too share this information with your neighbors, relatives, your friends, so that we will be aware of our interactions and will all benefit from it. I need people’s support from you so that I can bring you even more new information.

I always try this

How to Add TableView for Android?