The past few months have been filled with such opportunities. The stock market had a significant spike in early February. Volatility (as measured by the VIX) spiked, soaring from a low of just below 9% in late December 2017 to a high above 50% in early February 2018 after weeks of abnormally low readings. Volatility sellers, mesmerized by what seemed to be a “new normal” of low prices were decimated. On the other hand, volatility buyers who were long stock index puts or VIX calls did very well.

See this : How to Start Copyrighting Career?

Complacency can take hold in a market with a history of higher than average volatility. Stocks spent months trading at volatilities closer to 10% than the 15% average. Option sellers interpreted this as normal and suffered when the market reverted to its historical tendencies.

1. Trading the Middle of the Market

Matt Choi of trading education company, Certus Trading, likes to play the middle of the market, no long-term bets, or day trading but rather something in the middle, often known as swing trading.

“What I do is look for repetitive patterns that appear over and over again,” Certus Trading’s Matt Choi explains. “So, when I see that same pattern next time, I will have a strategy in place that I derived to trade that specific pattern. What I just described, it takes a lot of curiosity and it takes a lot of persistence. And it is also a process of elimination which I enjoy a lot and that’s why I think the self-taught approach has worked really well for me.”

Observers have noted that the VIX and coffee options are both prone to hefty moves. Coffee is typically far more volatile than the stock market. Market moves of 20%, 50% and even 100% occur with some regularity in coffee. Not so in stocks where 20% is considered a big move. The December at-the-money coffee puts and calls are currently pricing in a maximum volatility of only 11.78%. This is reminiscent of the abnormally-low readings of VIX in the days prior to February’s panic in stocks. Option sellers in coffee have become complacent, providing those on the buy side with an opportunity.

Must see : 8 tips for buying the right smartphone

3. Mentors & the Joys of Teaching

These are the types of patterns Matt Choi of Certus Trading looks for when trading options. His mentor, George Fontanills, told Matt early on that he wasn’t suited for buy-and-hold trading or day trading. “Because he knew that I didn’t want to sit at my desk and watch the screen all day long, and buy and hold was like watching paint dry, for me. Basically, he told me to swing trade, which is a medium-term trading style and he told me to focus on one market first. Don’t have this idea of trading everything under the sun, focus on one thing. So, he said start with crude oil futures, and I did. And rather quickly, I became pretty good at trading crude. Then I added gold, then I added gasoline, then cocoa, then beans, and lean hogs. He then showed me how to trade options which actually became my favorite types of trade. So, he was instrumental to my success.”

Matt Choi’s success led him to start a teaching program for all sorts of trades, from options to foreign exchange. Matt says he gets satisfaction knowing that his trading styles work well as confirmed by his students. At the same time, he gets to change people’s lives and help them achieve their dreams, simply by doing something he loves. “Trading is my passion, so why not share it,” he says. “For me, this has been extremely rewarding and that’s why I have no problem sharing my knowledge with other people.” 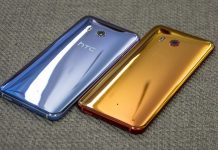 Shisha Pens can Literally Save Your Life 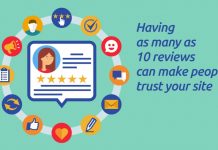 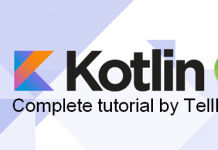