Recently Kotlin 1.1.2 version launched with some new features and resolves some bugs. I decided to research the upcoming changes released in past four EAP milestones and go through those that might impact Android Development.

Previously we discuss some disadvantage of Kotlin and what bugs resolved in Kotlin 1.1.2 version.

Here we introduce new functions and classes that are going to be published in Kotlin 1.1.2 version.

These are two general-purpose extension functions applicable to any receiver.

also is like apply: it takes the receiver, does some action on it, and returns that receiver.
The difference is that in the block inside apply the receiver is available as this,
while in the block inside also it’s available as it (and you can give it another name if you want).
This comes handy when you do not want to shadow this from the outer scope:

takeIf is like filter for a single value. It checks whether the receiver meets the predicate, and
returns the receiver, if it does or null if it doesn’t.
Combined with an elvis-operator and early returns it allows to write constructs like:

One of the hottest features introduced in the first milestone of version 1.1 and redesigned in next ones are coroutines. It’s a mechanism that provides ability to improve asynchronous programming in Kotlin. The aim is to eliminate a well-known callback hell with suspended computation.

Concurrency is a very important part of Android, because we often need to perform many operations at the same time and we constantly care about single threaded UI suffering from long-running operations. Do you remember AsyncTask? I hope you would prefer to forget about that class from Android API. Three type arguments and a lot of boilerplate code needed just to perform a simple background operation with a result published on the main thread.

Here is how long asynchronous operations can be executed with external kotlinx-coroutines-async library:

What’s more, under the hood async and await are not reserved keywords (like in other languages such as C#). They are regular functions. For now, this methods are built upon CompletableFuture class and require minimum SDK version of Android app set to API level 24 as it uses Java 8 Language Features.

This API is to group a collection by key and fold each group in the same time. It consists of two parts: groupingBy function, and terminal operations — fold, reduce, eachCount.

First you invoke collection.groupingBy { key } function, which just returns a Grouping instance binding the provided key selector to the collection of elements. Then you call one of folding operations available for Grouping, which iterates the collection and populates the resulting map with the result of folding elements in each group.

For example, it can be used to count the frequencies of characters in a text:

These functions can be used to find the lowest and greatest of two or three given values, where values are primitive numbers or Comparable objects. There is also an overload of each function that take an additional Comparator instance, if you want to compare objects that are not comparable themselves.

Aliasing types was a long-awaited feature for Kotlin developers. The key benefit is a possibility to reduce repetitions and complexity of long type names. It applies mainly to function and generic types. In Android applications development it’s becoming very useful when defining common UI actions.

How many times have you needed to add or remove parameters in a lambda and then continue refactoring in different places?

As an example, suppose that you need to create a ViewHolder and pass a nullable lambda as an argument to the constructor to optionally easily listen for click events on the item view:

This extension on Map returns an existing value corresponding to the given key or throws an exception, mentioning which key was not found.
If the map was produced with withDefault, this function will return the default value instead of throwing an exception.

In Kotlin 1.0 you could easily get a copy of a read-only Map with a new key-value pair inserted with the extension operator Map.plus(). However to remove a key from the map you have to resort to less straightforward ways to like Map.filter() or Map.filterKeys().
Now Map.minus() operator fills this gap. There are 4 overloads available: for removing a single key, a collection of keys, a sequence of keys and an array of keys.

In Kotlin 1.0 we could already create inline functions. Modifying property accessors with inline keyword might be considered as an abuse and quite strange for the first time. However, you should know that inlining is a powerful weapon against increasing methods count in DEX files, what in Android really matters.

This feature might be used in conjunction with another one (from Kotlin 1.1.2 version) that enables inferring property type from getter:

Similar to the Array constructor, there are now functions that create List and MutableListinstances and initialize each element by calling a lambda:

There is a bunch of new extensions on the String class to convert it to a number without throwing an exception on invalid number:
String.toIntOrNull(): Int?, String.toDoubleOrNull(): Double? etc.

Note that these functions will box resulting numbers before returning them, since the return type is nullable, and nullable numbers are represented as boxed values.

The next big changes concern inheritance in Kotlin. Firstly, until Kotlin 1.1 it was impossible to declare a subclass of a class with sealed modifier outside of the sealed class declaration. Now this limitation does not exist anymore (excluding non top-level classes). We are only limited to declare subclasses in the same file as sealed class like below:

Thereby subclasses do not need to have that complex names. You can import A class with import A instead of import S.A.

Incoming release unlocks also an inheritance for data classes. Yes, we can now inherit them from other non-final classes! According to that, now data classes can be also declared in sealed hierarchy.

onEach is a small, but useful extension function for collections and sequences, which allows to perform some action, possibly with side-effects, on each element of the collection/sequence in a chain of operations.
On iterables it behaves like forEach but also returns the iterable instance further. And on sequences it returns a wrapping sequence, which applies the given action lazily as the elements are being iterated.

These functions can be used for easy copying of maps:

Kotlin 1.1.2 version comes with many syntax cosmetics to eliminate any boilerplate code. Destructuring declarations in lambda parameters is one of that features. That eliminates such manual destructing from our code:

Here is how unpacking a composite value passed to lambda looks like:

In the code above you could also spot another new language feature. It is an underscore character (_) used to remove unused parameters from destructing declaration. We are not using an uuid parameter so its name can be easily omitted.

With new release underscore characters can be also used in numeric literals to separate digit groups and improve readability of large numbers.

It is hard to discuss all the changes that will improve our productivity after switching to Kotlin 1.1.2 version but top 15 new features i discuss with you. Hope you like this article. 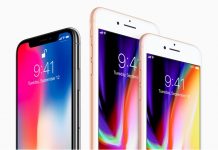 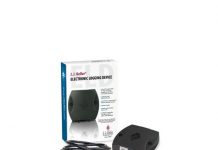 Some Components Of JJ Keller Reviews