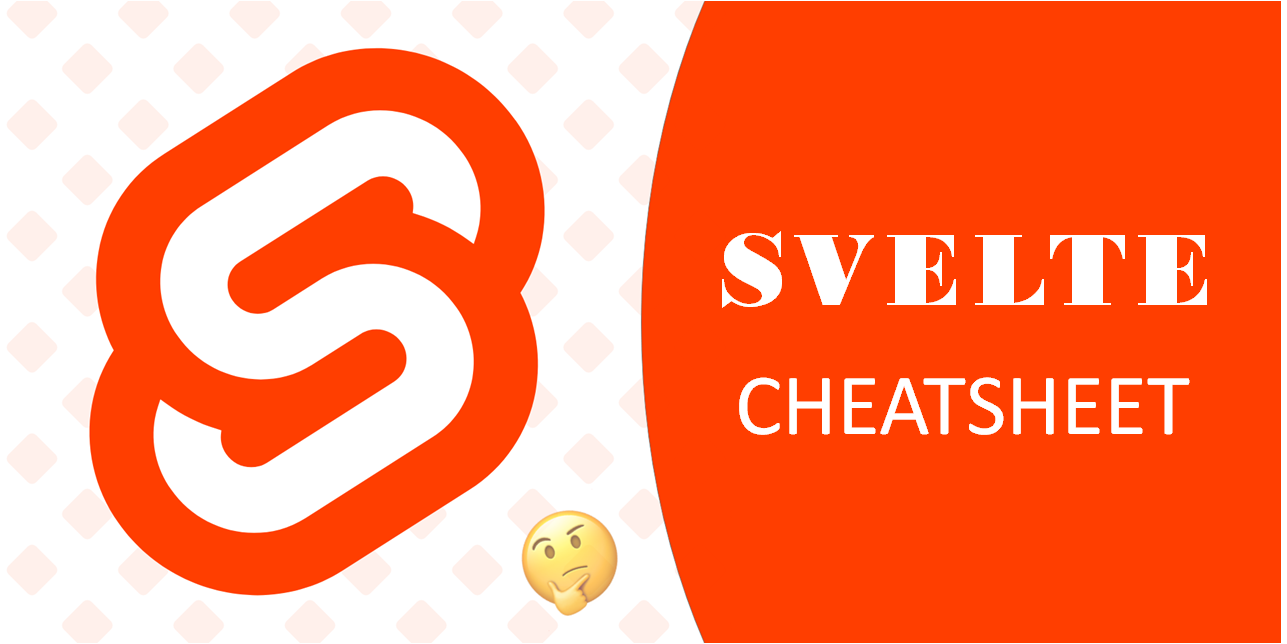 Svelte is a newborn baby in the field of the Node web framework world. Today I am going to share Svelte Cheatsheet. After this tutorial, You get a brief idea about this awesome framework. But one question would arise in your mind:

Why you should read about the Svelte framework?

It is a radical new approach to building user interfaces. Whereas traditional frameworks like React and Vue do the bulk of their work in the browser, Svelte shifts that work into a compile step that happens when you build your app.

VSCode is the best IDE for Node application and 20 + Bonus VSCode Shortcuts for Every developer should know. 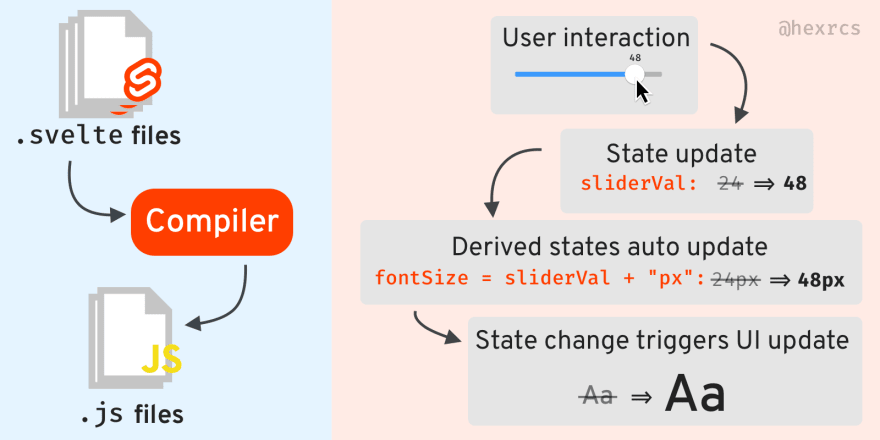 2UI Is a Component Tree

A component defines how your app should interpret some abstract “state” values, so that it can turn them into DOM elements in your browser, and ultimately pixels on your screen. 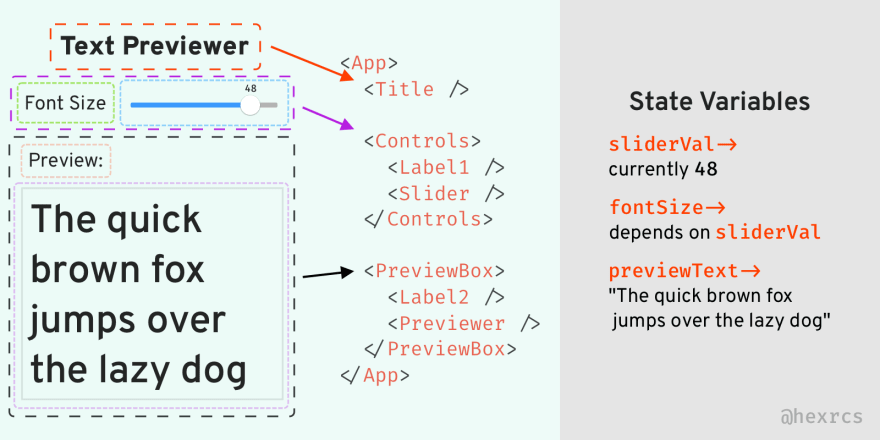 3The Anatomy of a Svelte Component

Each .svelte file contains a single component, consisting of 3 parts: 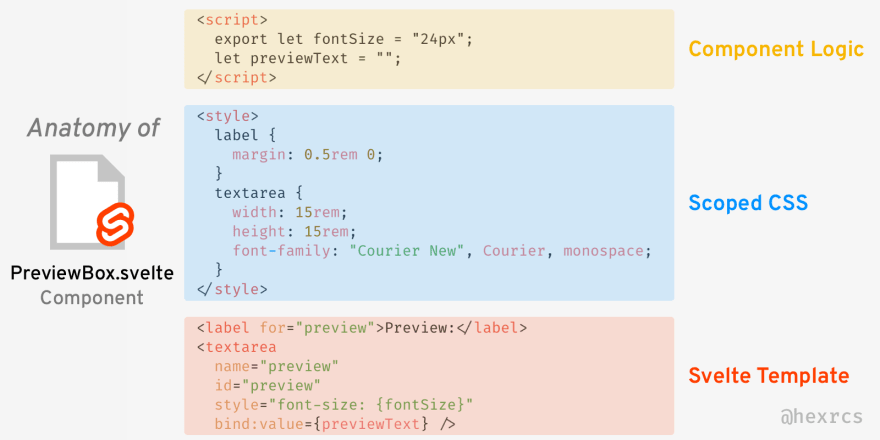 The Svelte template allows us to use our own custom components in addition to HTML elements. The .svelte file extension is optional if there’s no ambiguity, but the first letter of a custom component MUST be in uppercase.

We can use JS expressions inside curly braces { }. 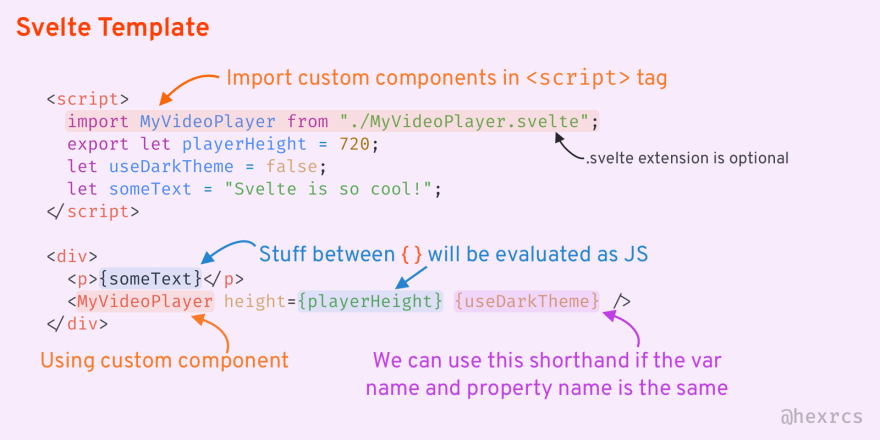 A common way to “control” how a child component behaves is to pass data into it as props (properties).

To accept a prop, expose a variable with export. It’s important to use let because const is not reassignable.

Setting a prop is just like doing regular HTML. 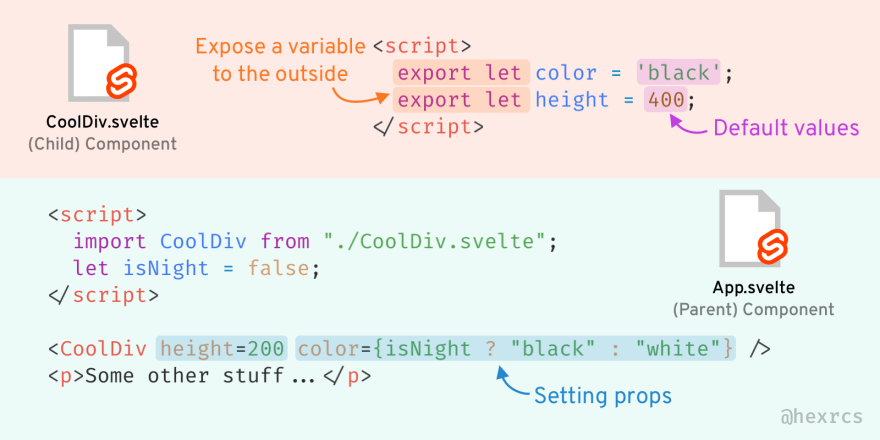 User actions trigger events. on: lets us listen to events and fire functions to update states. State changes will auto-update the UI.

You can see this also: Development Trends and Web Technology Stacks in 2019

Data generally flows from a parent to a child, but we can use bind: to simplify the state-update logic by allowing two-way data flow. 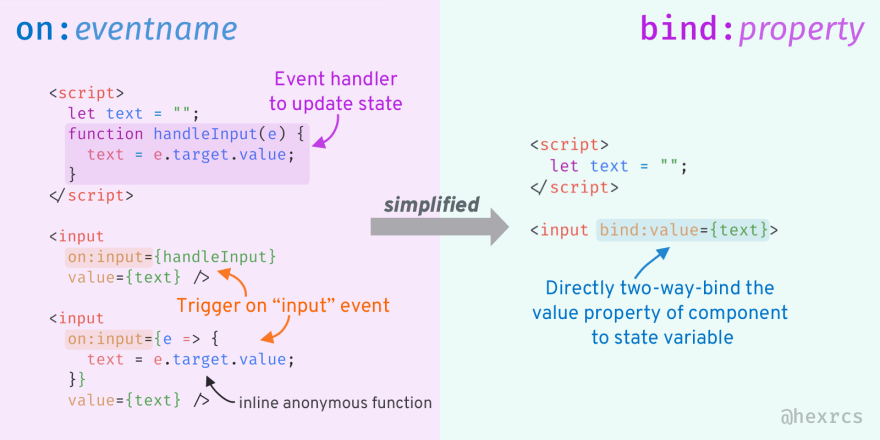 Svelte analyzes which variables they depend on. When any of those dependencies changes, the corresponding reactive statements will be rerun. Very useful for declaring derived states, or triggering “side effects”. 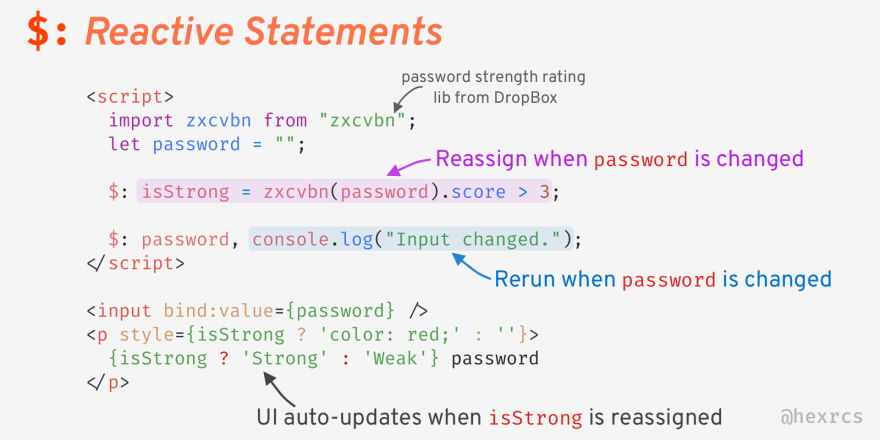 A reactive “store” makes it easy to share states across many components. It can exist in a separate JS file. To create a store, just wrap writable around a value.

In a component, we prefix store names with a $ in order to directly use or update them. Compiler magic! 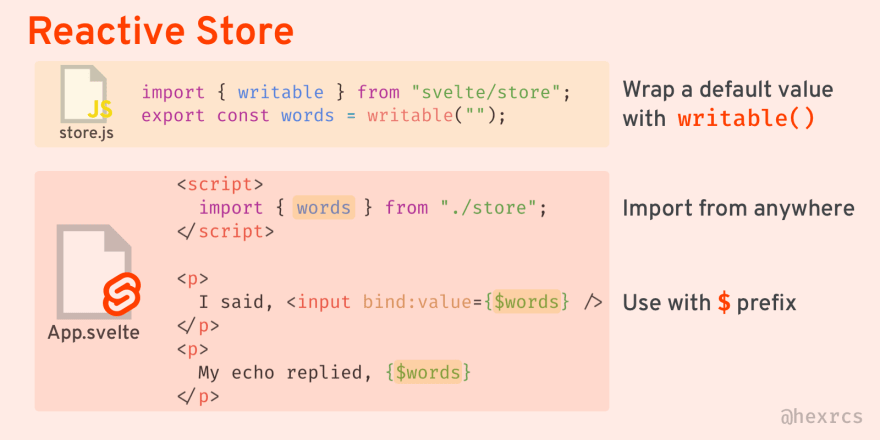 We can conditionally render elements with Svelte’s template via {#if} and optionally {:else}.

To render everything in a list, we have {#each}.

Remember to always close a block with {/if} or {/each}!

(Should’ve used <ol> in the example, but I wanted to show how index- access works.) 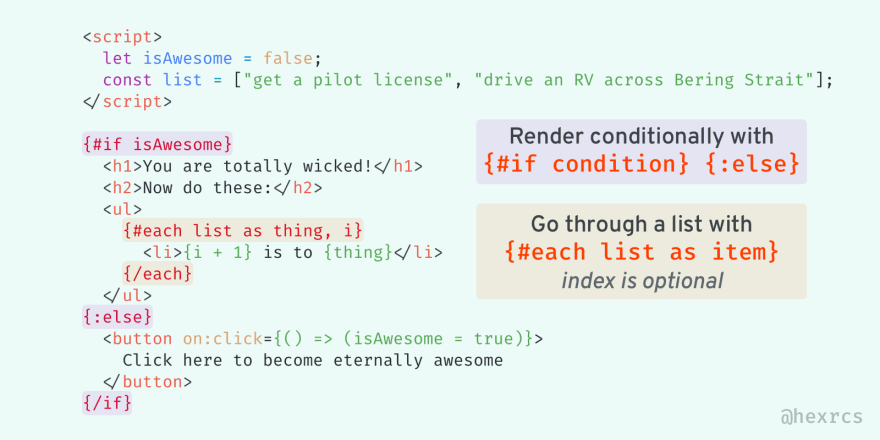 It’s super easy to do asynchronous stuff like API requests with Svelte.

We can simply {#await} a Promise to resolve, displaying a “loading” placeholder before the result is ready.

Note that we await the Promise in the template section, so no await keyword in <script>. 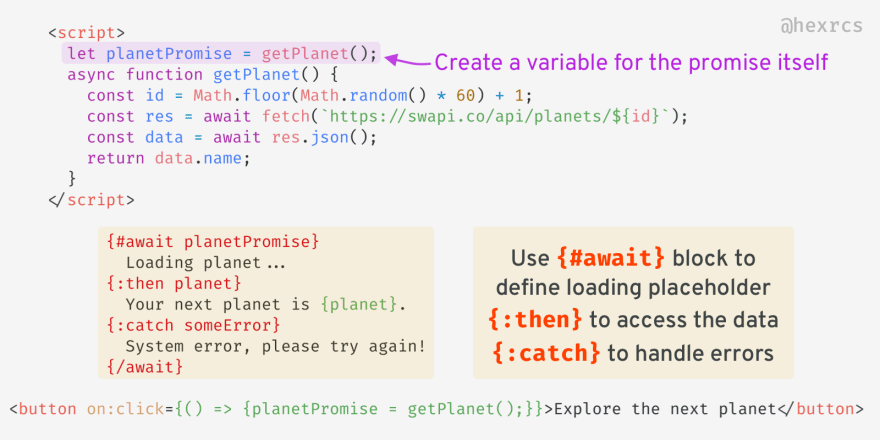 That’s it – everything you need to get started with Svelte! ?

We covered a lot in this crash course, from the most fundamental concepts to topics that might even be considered intermediate or advanced in other frameworks (eg. API requests and animated transitions).

Now it’s your turn to play with Svelte and build something cool and share with us.