Android Tracking App: Locate Your Kids Anywhere in the World

When using an Android tracking application, you’re able to locate exactly where your kid is. There is no need to call the cell phone, and maybe encourage them to be less than truthful about their whereabouts. Let’s take a closer look at how the Android GPS tracking application works.

Take iKeyMonitor as an example. The Android tracking app enables you to track the GPS location of the target Android cellphone remotely. Besides tracking GPS location, you can also set up Geo-fencing alerts by creating a preset boundary for the target phone. Every time when the phone user steps in or leaves this area, you will get notifications. For parents, it’s easy to detect potential dangers and take action to protect kids as soon as possible. 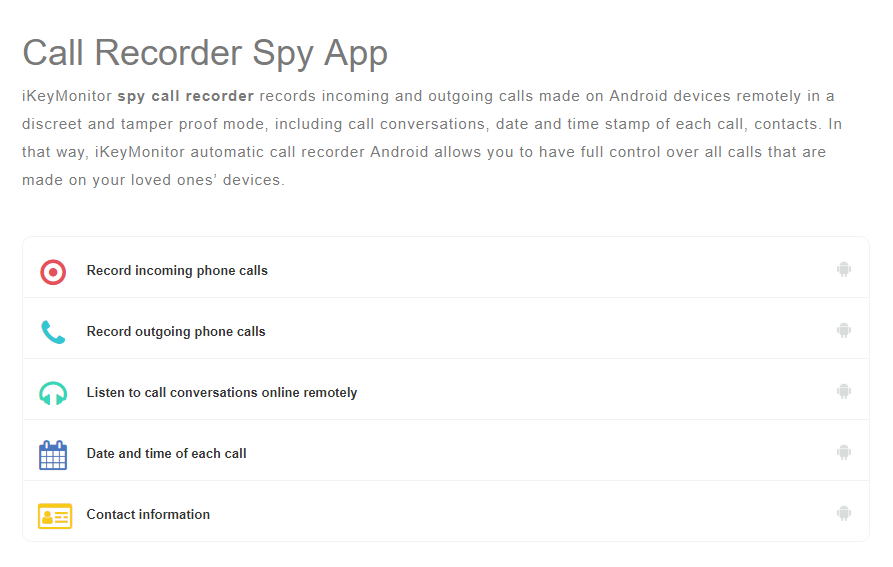 iKeyMonitor Hidden Call Recorder Review
If you want to know what your children are talking...

1How Does Android Tracking App Work?

Android, Google’s operating system for mobile phones, was created as an alternative to the nearly ubiquitous Apple iPhone OS, Windows Mobile, and Nokia’s Symbian OS. Android is an open source operating system allowing literally tens of thousands of applications run on an android cell phone. It is nearly impossible to come up with some function that can’t be done on an Android phone, as long as you have the right app.

An Android GPS tracking application, uses the phones own GPS functionality to locate the phone, and therefore the user. After purchase and installation, the user gets access to a website that allows remote tracking of the cell phone. The Android location tracker is updated in real time so you will always know where your kids are. 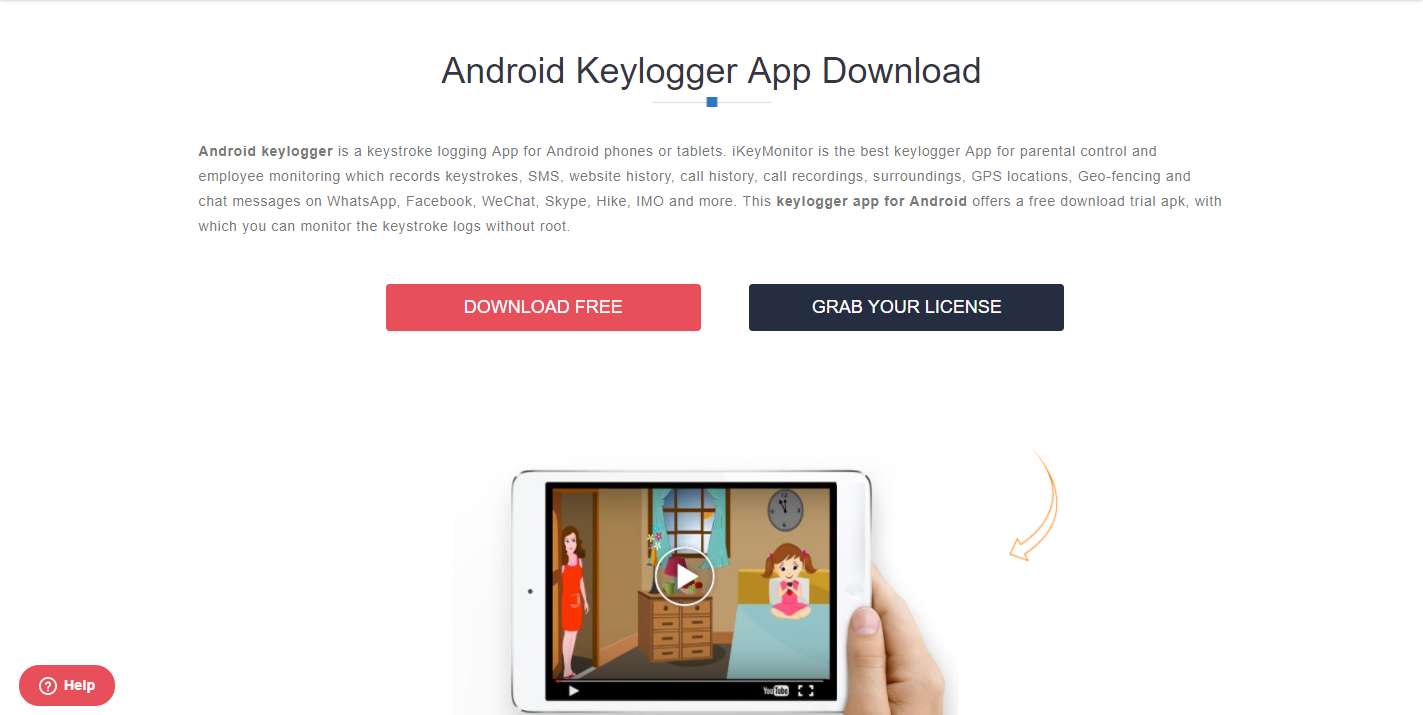 What Android Keylogger Can Do for Employers and Parents
Cyber bullying, pornography, online predators, sexting, among others, are the...

iKeyMonitor is designed as the best mobile tracking app for Android and offers a 3-day free trial. It not only tracks GPS locations and sets up Geo-fencing alerts, but also tracks other mobile activities. With the built-in keylogger app engine, iKeyMonitor can record keystrokes on any app without rooting the device. Both sent and received chat messages on social apps will be recorded. After rooting the Android phones or tablets, the screenshot capturing feature allows users to capture any activity on the mobile screen. The tracking logs will be automatically sent to you in the background.

How to use a Keylogger spying app to monitor keystrokes on a smartphone?
A Keylogger is one of the most indispensable tools for...

2What Kind of Android Tracking App to Purchase?

There are two types of Android GPS tracking app, visible and hidden. The visible apps are entry level, tend to be at the cheaper end of the scale and involve the phone user co-operation. If your kid doesn’t mind you knowing their location and is happy to switch on a visible app then these apps are appropriate.

However, if you are not sure your kid would co-operate fully with a tracking app then you should opt for the hidden app. If you require the app to work quietly in the background you will probably have to spend a little bit more, something in the price range of $50 to $200. For your investment, you will get an Android tracking app that resembles James Bond’s latest technology. The decision on visible or hidden is one for you to make based on your knowledge of your kids.

If keeping track of your kids’ whereabouts is important to you (especially having a way to locate them in case of an emergency) then an Android tracking app is the perfect solution. A three-day free trial is available. Try it now and experience the features of this amazing app.

Building UI with ConstraintLayout in Android?