Are you concerned about having your mobile phone spied on by someone? Many people have shown their concern regarding mobile phone privacy and security over the past few years. The latest technologies have enabled humans to spy on someone else’s mobile phone without letting them know. Using a cell phone spy application one can take over the mobile phone of someone else and get access to the data stored on that mobile phone device. Generally, the mobile phone spy apps are intended for parents and employers to secretly monitor the cell phone activities of their children and workforces after their informed consent. The uninformed use of the spying tools is illegitimate. This article discusses how you can make sure your phone is not tracked by someone.

1Quick Check if Your Phone is Being Tracked

2If your battery is draining more speedily

You are not using your mobile phone excessively but noticing an unusual battery drain. It could be a sign that your phone is being tracked. If your battery is draining more quickly than the routine and it takes more time to get your mobile phone completely charged, it could be the sign that an intensive spy app is running in the background.

3If your phone constantly feels warm

Almost every mobile phone device gets warm from time to time when you run the intense software and heavy gaming apps. But if you are not running anything other than the preinstalled apps and lite social media apps but your phone remains as warm as it could fry an egg, you can be a victim of spying. However, this is not applicable if your phone gets warm while you are charging it. Some mobile phone gets hot when the battery charges. If your mobile phone becomes really hot to touch, it is a sign that the mobile phone is doing over-work and it could be due to the intense spy app running in the background.

4If you notice unusual noises or echoing

5If you receive strange messages

Are you getting strange messages on your mobile phone? Do these messages include a bunch of letters and numbers seem like codes which are hard to understand? It can be an SMS command or anything else. The attackers use such type of communication with the mobile phone device to give a command. For example, if the attacker wants to know the location of your mobile phone, he may send a message containing pre-determined code.

6In-Depth Check if your Phone is Being Tracked

If the above mentioned quick methods fail to provide you enough information to know whether your mobile phone is being tracked, we have rounded up here the in-depth steps to give you a detailed look at what is happening to your mobile phone device.

You can monitor the network usage of your phone to detect if there is something unusual happening. The spy app works by using the internet service to send the mobile phone data of the target phone. If the usage of your mobile phone data looks suspicious, it could be a sign that a spy application is tracking your phone and sending data to someone who is spying on your device.

The anti-spyware application helps you get rid of the tracking software installed on your phone. There are several anti-spyware software available in Google Play Store. The iPhone devices are more secure than Android phones as long as these are not jailbroken. The Apple phones do not allow installing third-party spy apps but it does not mean that an iPhone cannot be tracked. A jailbroken iPhone can be spied on by manually installing the spyware app. Also, there are non-jailbreak iPhone monitoring solutions to spy on an iPhone without installing the spy app on the target device.

9How to Wipe Spy App from Your Phone

TIPS ON HOW TO CHOOSE THE RIGHT RUNNING SHOES 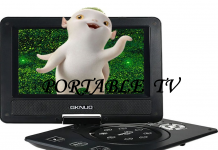 What is the best Portable TV 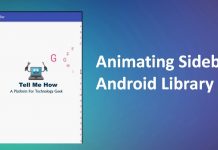 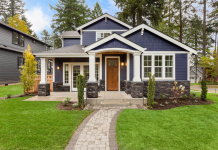 How To Get More Out Of Your Home

4 Benefits of Adjustable Beds and Mattresses